The ur-example of a map being used for inquiry is John Snow's cholera map of 1854. (Large-scale image here.)

Let's use the data / tools / inquiry framework to break it down

Thus far, our mapping tools are Google Earth and Google Maps. Can you use them to do the same sort of inquiry? Sure thing. In fact, here's Snow's data, re-created in a webmap:

For more contemporary data, take a look at a mapped database of 25 years of political donations 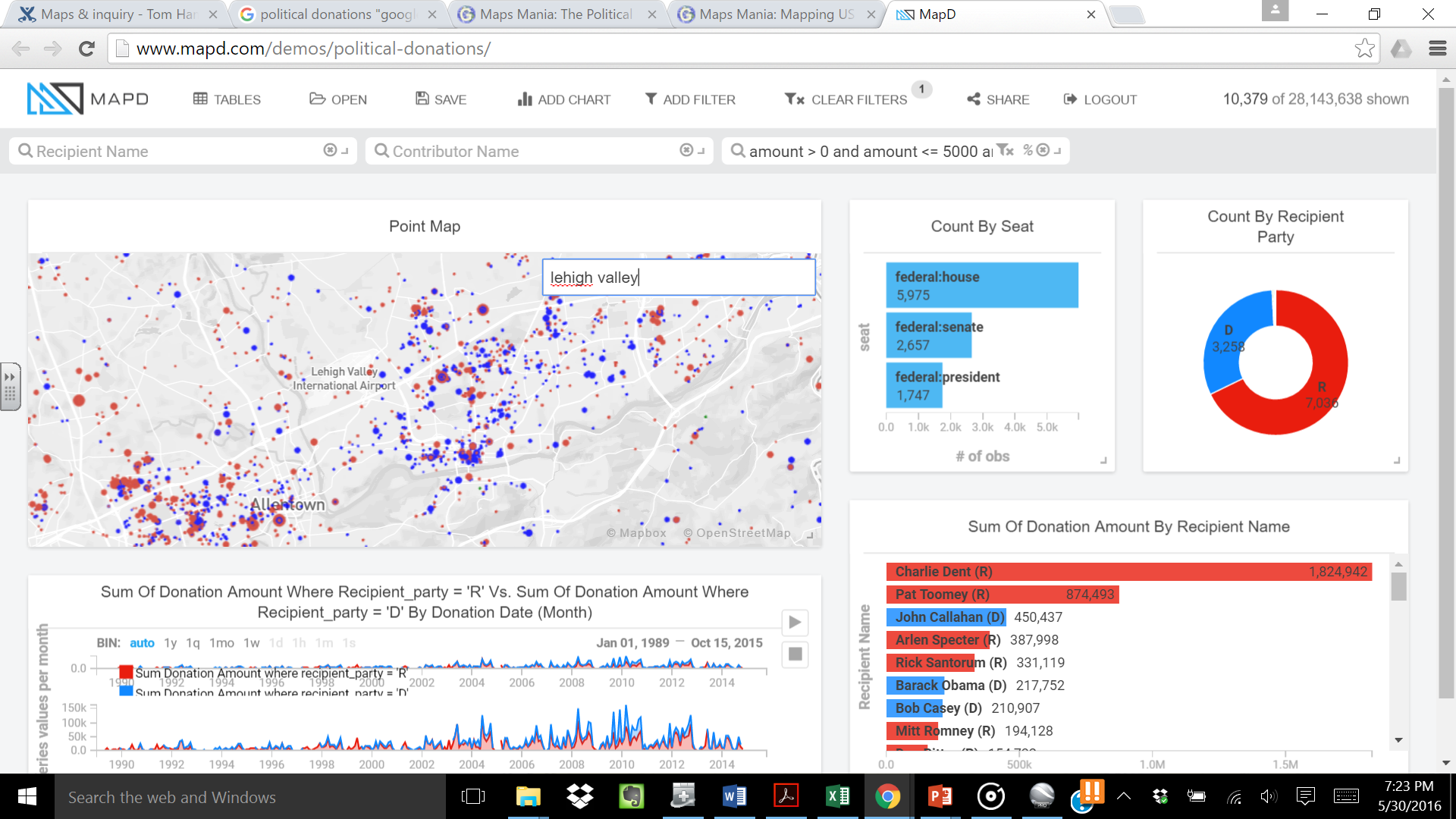 (And in case we get into the idea of inquiry vs. narrative: To get some background on Henry Noll and the narrative in which Frederick Winslow Taylor placed him, see pp. 43-47 in Taylor's Principles of Scientific Management, 1912. Taylor refers to Noll as 'Schmidt'; the passages characterizing him start at the bottom of p. 43.)