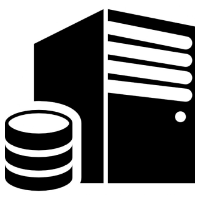 Sol is a heterogeneous cluster launched on Oct 1, 2016 with a total of 34 nodes, 26 are Condo investments by two CAS faculty. All nodes provide 500GB scratch storage for running jobs and are interconnected with 2:1 oversubscribed EDR (100Gbps) Infiniband fabric. In Fall 2018, a new Ceph storage cluster was installed that provides a 11TB CephFS global scratch space for storing temporary data for 7 days after completion of jobs.

Sol is designed to be expanded via the Condo Investment program. Faculty, Departments or Colleges can invest in Sol by purchasing nodes that will increase the overall capacity. Investors will be provided with an annual access equivalent to the amount of computing core hours or service units (SU) corresponding to their investment that can be shared with collaborators (students, postdocs and other faculty) for a 5 year period (or length of hardware warranty). Sol users, Condo and Hotel Investors, can utilize all available nodes provided their allocations have not been consumed.

A Principal Investigator can request accounts for his/her users for $50/user/year. Each account is provided with 150GB home storage quota. Every user will need to have an active allocation to use Sol. Sharing of accounts is explicitly forbidden and will result in forfeiture of accounts.

If additional storage is required, a PI can purchase a Ceph Storage project for his/her group based on a 5 year purchase. PIs who purchase a Ceph Storage project, minimum $375/TB, can opt for using their Ceph space for home directories and have their account fees waived for the life of the Ceph project. More details of Ceph Pricing is available here .

Principal Investigators, who are not Condo Investors, called Hotel Investors henceforth, will be able to purchase computing time, if available, on an annual basis. Computing time equivalent to 8 20-core compute nodes or 1,400,000 SUs is available for general use on an annual basis. The cost per SU is fixed at 1¢ with a minimum annual buy-in of 50,000 SUs with increments of 10,000 SUs.

For example, a PI who estimates requiring 75K SUs annually will need to purchase 80K SUs for $800 annually. Suppose the PI only consumes 60K SUs during the allocation cycle, the unused 20K SUs will not rollover to the next allocation cycle, nor will the PI be reimbursed for the unused SUs. Alternatively, the PI can purchase the minimum 50K SUs for $500 and purchase additional increments of 10K whenever his/her allocation balance is low. The PI should consider that the availability of 10K increments for purchase is not guaranteed.

Sol can be accessed via SSH using a SSH Client. Linux and Mac users can login to Sol by entering the following command in a terminal:

If you are off campus, then there are two options

If you are using the ssh gateway, you might want to add the following to your ${HOME}/.ssh/config file on your local system

to simplify the ssh and scp (for file transfer) command. You will be prompted for your password twice - first for ssh and then for sol

If you are using public key authentication, please add a passphrase to your key. Passwordless authentication is a security risk. Use ssh-agent and ssh-add to manage your public keys. See https://kb.iu.edu/d/aeww for details.

Windows users will need to install a SSH Client to access Sol. Lehigh Research Computing recommends MobaXterm since it can be configured to use the SSH Gateway as jump host. DUO Authentication is activated for faculty and staff on the SSH Gateway. If a window pops up for password enter your Lehigh password. The second pop up is for DUO, it only says DUO Login. Enter 1 for Push to DUO or 2 for call to registered phone.