General Access – Select General Access as long as you do not want to access library resources. The General Access selection uses a routing method called split-tunneling. What this means is that when you request web pages from Lehigh, your request passes through the VPN (and is encapsulated and encrypted). All other requests are sent directly through your normal internet service provider (un-encapsulated and un-encrypted, which is faster). If you will be accessing both Lehigh (non-library) and non-Lehigh resources, this is the best approach. (*But see below)

Library/International – Select Library/International if you need to gain access to library databases, electronic books, and electronic journals which are only accessible via Lehigh University. The key is that word "via"; these library resources are provided to you because of your affiliation with Lehigh, but they are not provided directly by Lehigh itself. Instead, they are provided by vendors and publishers who have contracted with Lehigh. These services are hosted (located) off-campus. Because of the methods used by the various database vendors and online publishers to identify legitimate subscribers, it helps if all of your requests appear to be coming from on-campus, and using the VPN accomplishes this. (Access to some of these services is still possible without the VPN by using proxying, but not everything works, and the things that do, do not work as well as they do with the VPN.) However, there is a cost: all of your web traffic (both to Lehigh and non-Lehigh sites) is passed through the VPN and encapsulated and encrypted (which unnecessarily slows down requests to sites like Google that don't care where the request is coming from). So you only want to do this when you are doing library research (or when you want all of your traffic encrypted, such as when you are using the VPN to provide some protection on open wireless networks).

In fact, once you are done doing library research, even if you still are performing one of the other tasks for which a VPN connection is necessary (see the overview for a list), it may be worthwhile to disconnect from the VPN and then re-connect using the General Access method. Also, if you are no longer going to be doing any of the things that require a VPN, disconnecting altogether will make your general web browsing go faster. 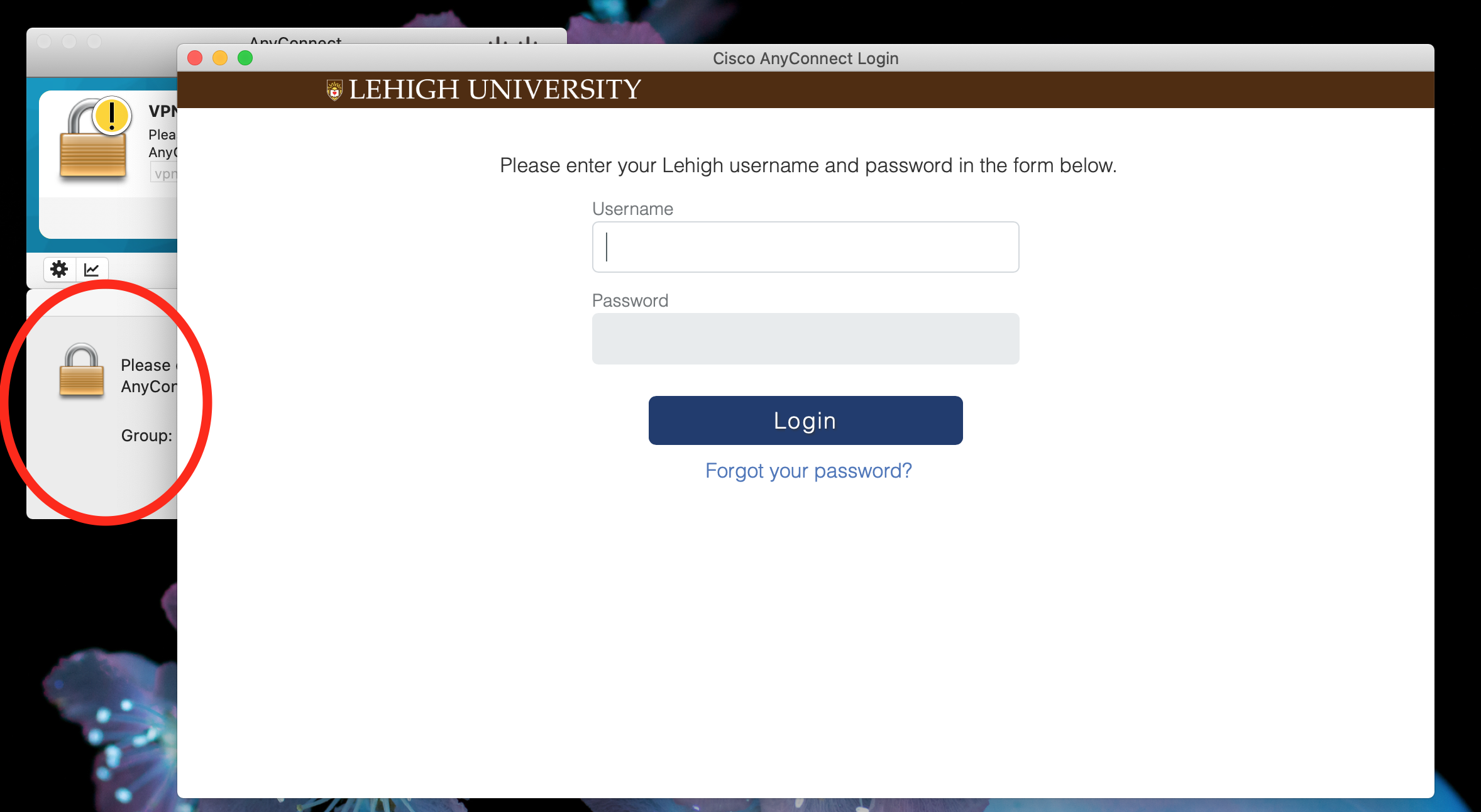 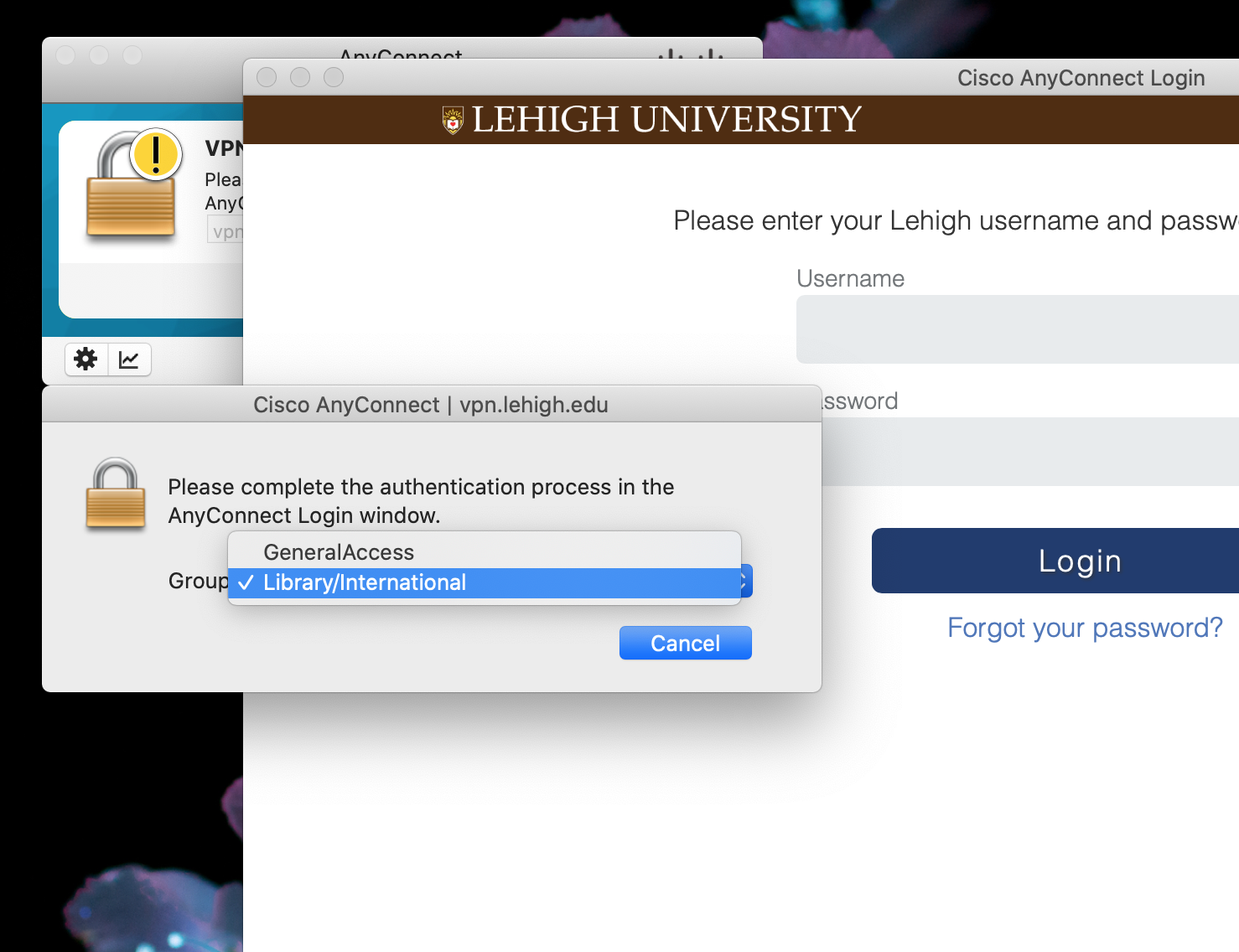