Lehigh's Dropbox setup has some features in common with the free personal accounts, but also others that are especially useful for Lehigh users.

When first rolled out, Dropbox's synchronization program would only synchronize the entire contents of a single folder with an entire online repository.  This synchronization work could become quite time-consuming, and also consume large amounts of storage space on the hard drive of the local device.  The current app is much smarter, and works much more efficiently with the "SmartSync" feature enabled.  LTS has set this feature to be enabled by default, and we recommend you leave it that way.

While it maintains a complete list of files and folders to sync, it leaves most data cloud-resident, and only stores local copies of recently-used files or those files for which you specify keeping one.  This vastly reduces the syncing burden, and makes transfers of files happen only as needed.  With good network speeds, and users usually working on only a few files at a time, this is a much more efficient scheme.

The app integrates with your operating system's file system, and adds Dropbox status information to your normal file listing windows.  Right-click on a file in your Dropbox folder to see tools, and set its sync status.  More info at Dropbox Help. 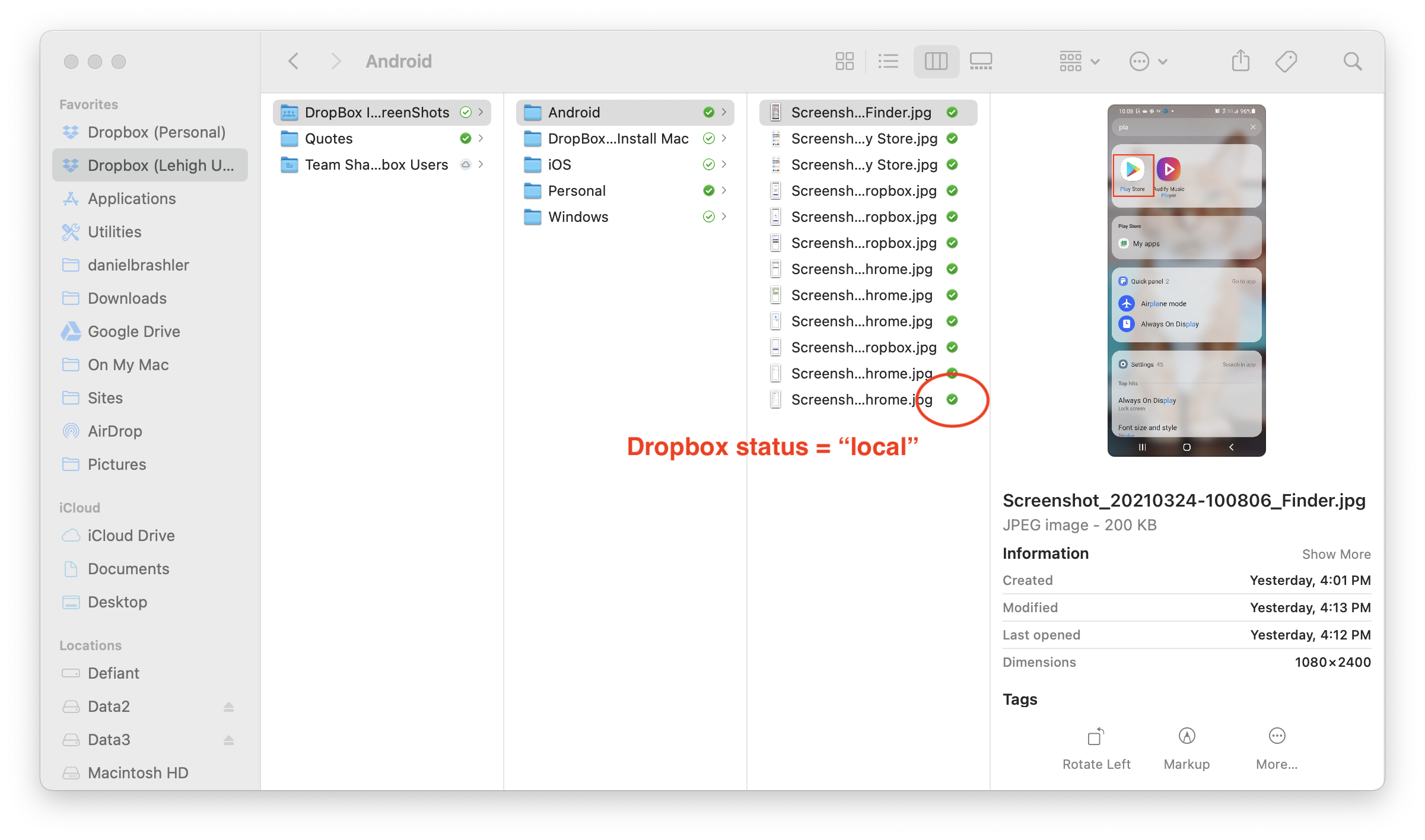 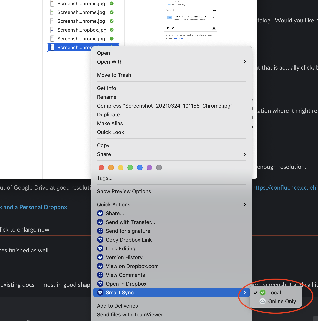 One of the most important features of Dropbox at Lehigh is the ability to store Lehigh-specific documents in folders that persist beyond any individual user's account.  These are called "Team Folders" and are created by LTS staff on request.  These folders can be created for any persistent department, team or organization, including research groups, and will continue to grow as Lehigh's use of Dropbox does.

Some may allow you to add files, others may be read-only, and are configured by the assigned directory manager.  Contact the Help Desk or your Computing Consultant to initiate a request for creating or accessing a Team Folder. 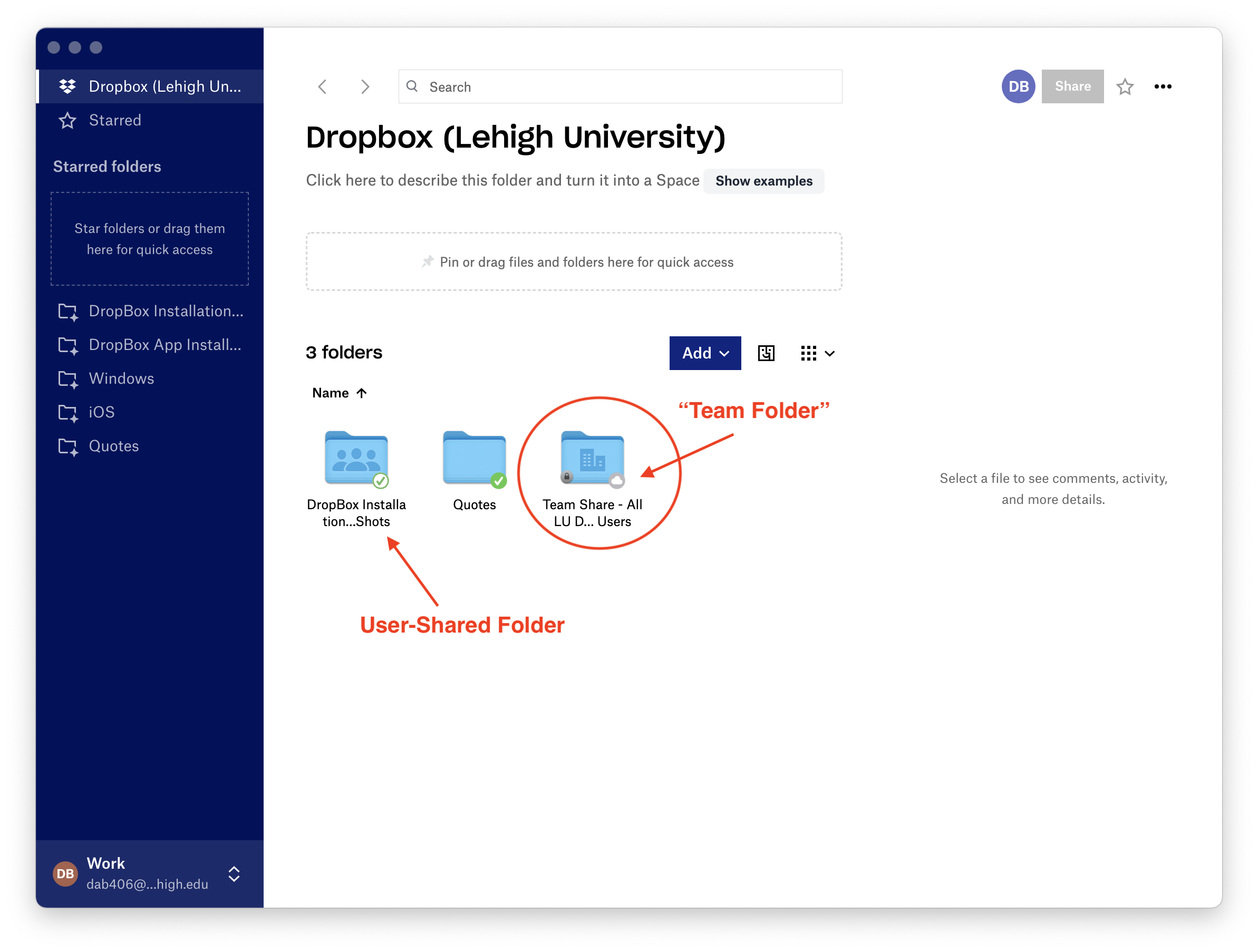 Another handy Dropbox feature for Lehigh users is the ability to easily switch between one's Lehigh Dropbox and one's personal Dropbox.  It's important to know that while some documents users create should stay with Lehigh, others are important to take with you when you leave Lehigh.  For students, the largest portion of our users, their tenure at Lehigh is relatively short.  Being able to think of the Lehigh Dropbox a bit more like a desk or a locker that's temporarily assigned is valuable.  Being able to easily separate those things, and transfer personal files to your personal storage is important.