Connect a Laptop PC to an LTS Classroom Display

1.  First, if at all possible, plug the laptop into a power source.

We have learned from service personnel that many laptop manufacturers, in order to increase battery life, have reduced power output so severely that when power is drawn by using the hard drive, sync signal strength to external monitor ports (which is critical for connection to the projector) may be lost. Also, plugging into a power source ensures your battery won't quit in the middle of your presentation.

2.  Find your laptop's video output port, and plug in the available input cable.

There are several kinds, and you may also need an adapter cable to connect your particular laptop to the input cable available in the classroom. 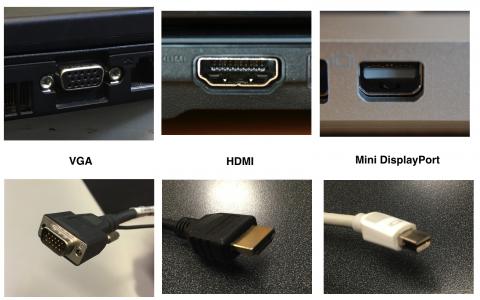 3.  Next, use the touch panel or push-button control to set the room's display system to use the 'Laptop' input.

Most classrooms are equipped with some sort of video input switching control near the instructor's station or podium.

Most laptops have keyboard combinations to allow the video output to be toggled between three modes:

We recommend using the 'Both' setting, so that you can have a small screen in front of you showing what's on the big screen behind you. 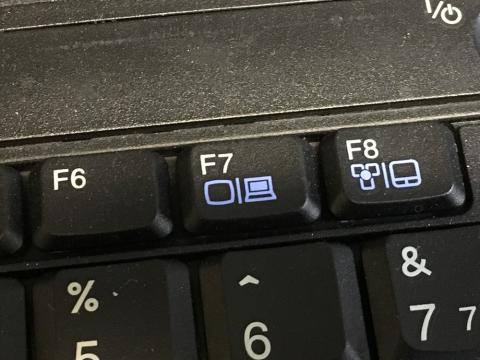 5.  Adjust your laptop's operating system's display settings so that the same image that's on your laptop's screen is also sent to the output port and the projector (rather than treating it as extra desktop space).

Depending on your operating system and video driver software, you'll have a utility or control panel for specifying how the system handles the projector.  For Windows, go to Start > Control Panel > Display > Change Display Settings.

We recommend choosing to 'Mirror' or 'Duplicate' the displays so that the laptop screen and the projector show the same thing, instead of 'Extending the Desktop' and having to move your presentation window over to the other screen. 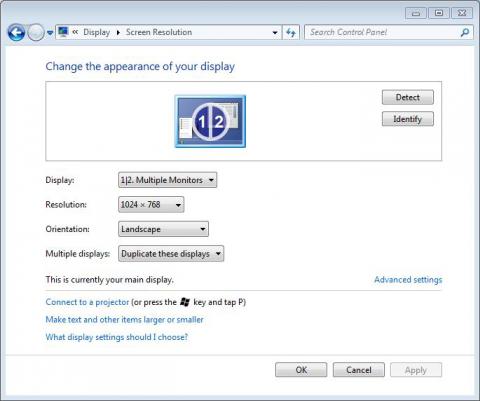