Video can be seen as a series of still photographs. The subject, the background, and other elements of the image need to be arranged in an artistic way. The composition starts with a frame: Where will you place your subject in the picture relative to the edges?

Framing
In this example below you see the subject centered in the frame. Note that he is looking off to the left side. While there is nothing wrong with this, compare it to the next example. 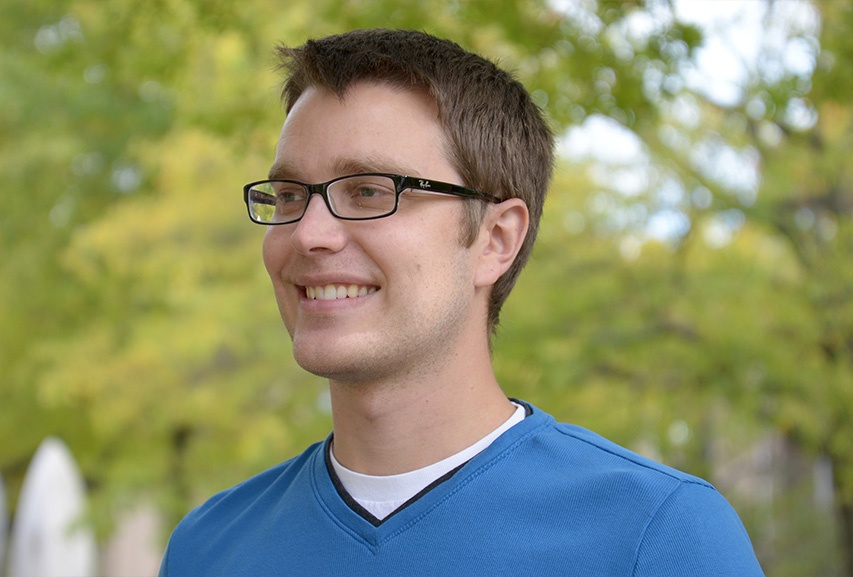 Below you see the subject arranged to the right of the screen. By doing this, we have accomplished three things: First, we have given more space to the background or context for the subject, with one large area rather than two small areas on either side of his head. Second, we have suggested that there is another party to his right—the way he is looking. 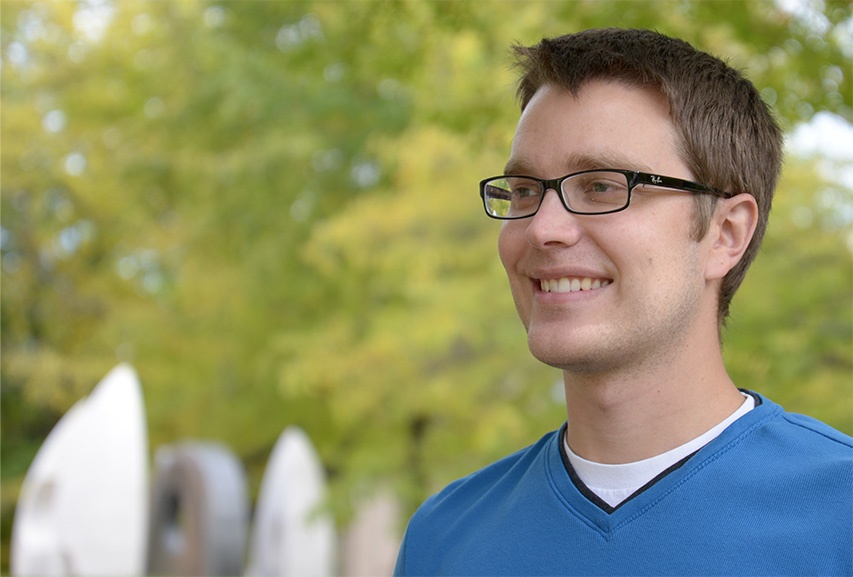 In this example below we are still following the rule of thirds, and still giving ample room for context but the result is not pleasing. The subject is looking at a wall, at the edge of the frame. 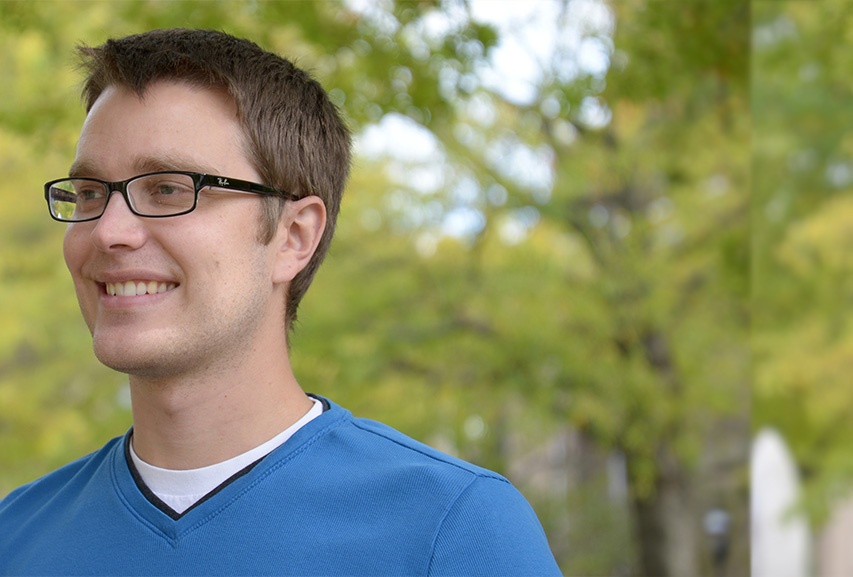 As you can see in this next example below, we’ve framed the subject a bit tighter. It is ok to cut off part of the subject if the closer image suites your purpose. 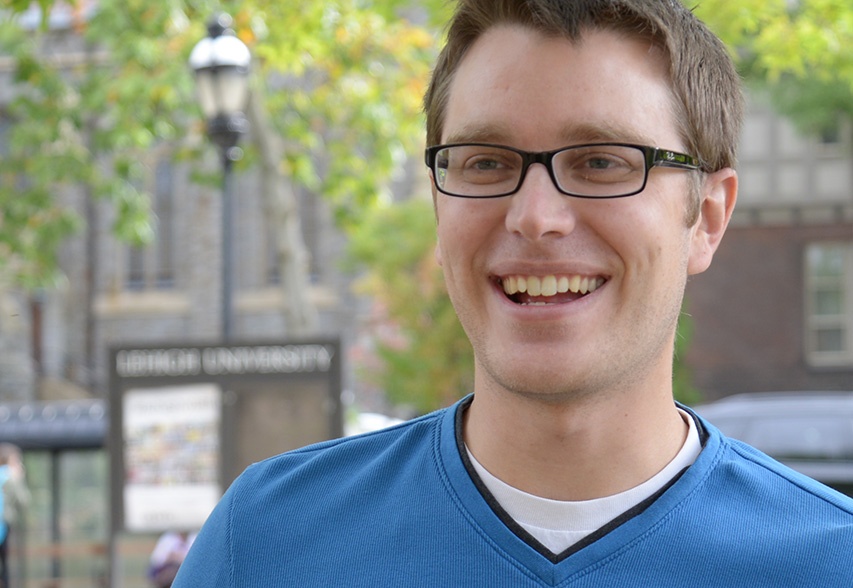 Rule of Thirds
Another way to look at composition is described by the rule of thirds. The rule of thirds states your image should be divided into nine equal parts with two equally spaced horizontal lines and two equally spaced vertical lines. Then the most important part of your image should be placed along these lines or their intersections. In theory aligning a subject with these lines creates more tension and interest in the image than placement in the center would. 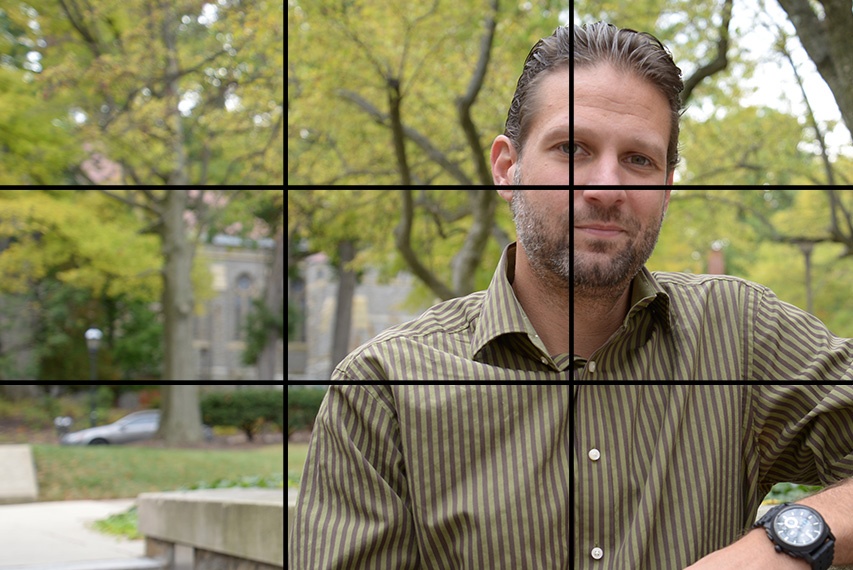 Typically for framing a person you would place the eyes along the top third and frame their body along the left or right third with extra lead room for look space. 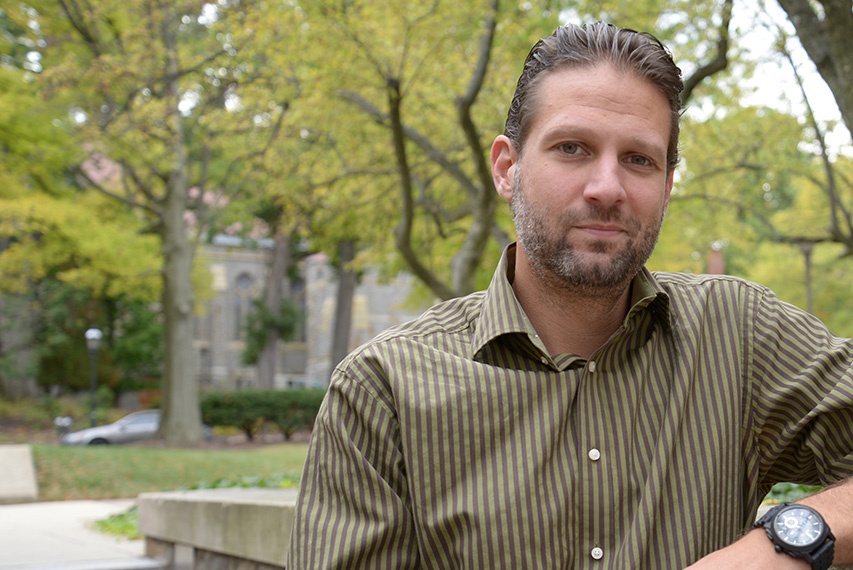 When filming a landscape you should avoid placing the horizon in the center and instead place it on the top of bottom third.

Framing during motion (Tracking shot)
The same framing during a static shot applies to a motion shot. In this case we are tracking a man walking. You need to keep his eyes above the horizontal 1/3 line and his body framed along the vertical 1/3 line. Framing in the center or to the right does not leave a comfortable amount of lead room as he walks. This look space is called lead room or nose room.

Tracking shot - framing center to framing right
See how awkward it looks when you run out of lead room! 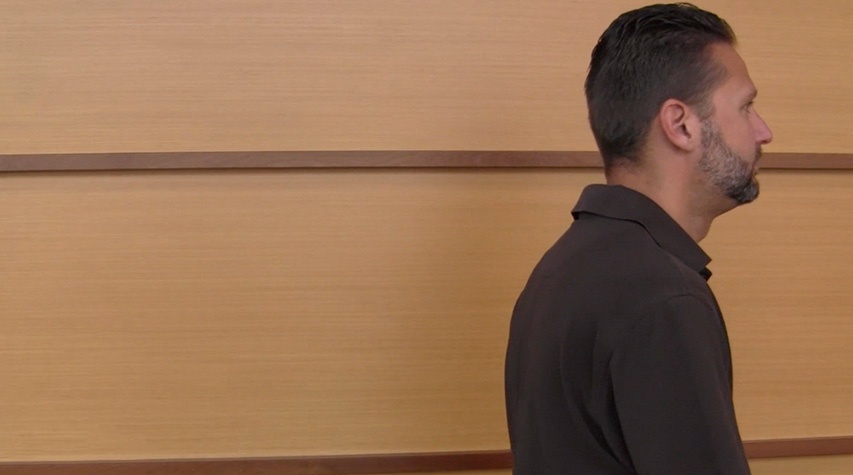 Tracking shot - proper lead room
This composition is more comfortable as the man has someplace to walk to. He is not bumping his nose into the edge of the frame. 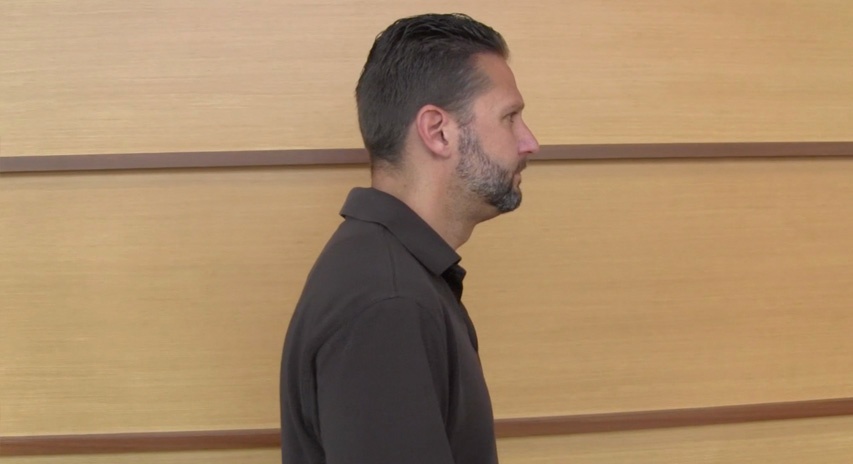 This shot is even better and give plenty of lead room. 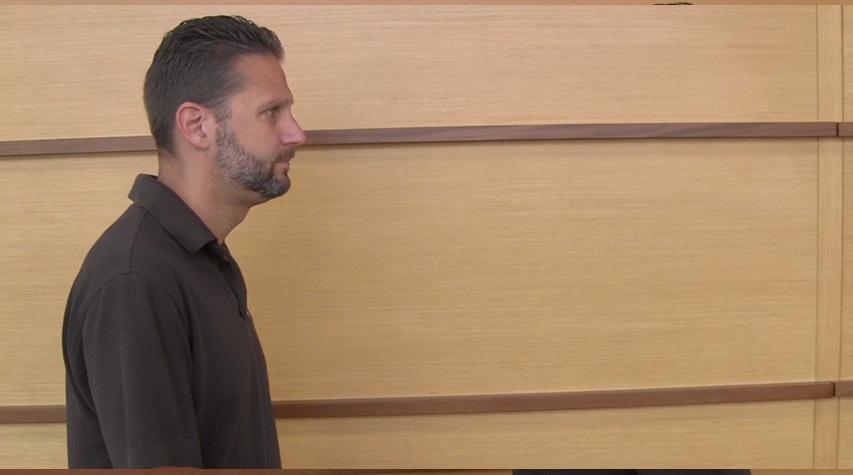 *A shutter speed tip is to set your shutter speed to double your frame rate. Setting a shutter of 1/60 for a 30fps video will create natural motion blur that will look as realistic on camera as it does to the human eye.